Dedicated home care nurse Vlasta attends her capricious patients in the Czech wine country, and lives for her husband Lada and her daughter, giving them more than they are asking for. Then, one day, things change and Vlasta is forced to step outside of her comfort zone. Drama and gentle humor intertwine as Vlasta realizes, for the first time in her life, that she might need some care, too.

Everyone knows that life is short, but each of us comes to grips with life’s actual limits in our own and often unexpected way. Home Care, the feature film debut from writer/director SLÁVEK HORÁK, con- fronts the most important questions of life in an engaging way. At times darkly funny, and at times bittersweet, the film examines the finality of human existence through a tender portrayal of a dedicated home care nurse, who puts everyone’s needs above her own. She is forced to learn that this attitude is not just selfless but also self-destructive. In con- trast, her husband is a traditional small-town male, whose only responsibilities seem to revolve around tending his workshop and drinking plum brandy. But his jokes and light-hearted attitude are only a masculine facade and his true emotions will soon show.

While searching for a topic, Horak went to his parents’ home, planning to work on some significant ideas in a tranquil countryside. Once there, he realized that his mother, who worked as a home care nurse, was a much more interesting character than he could ever invent. Her quirky stories had always been right there in front of his eyes.

Both main characters are based on Horak’s parents, which helped him to create their richly textured personalities and the complex dynamics of their re- lationship. Most of the film was shot in his parents’ house, garden, workshop and vineyard, so the setting perfectly matches the characters. The film uses the actual wardrobe of the director’s mother and features non-actors from his hometown.

Even though the film was self-produced on a tight budget, HOME CARE went on to become a major critical and box office success in the Czech Republic.

My aim was to create an honest film about universal subjects that people are hesitant to discuss, in this case the subjects of compassion and dying. I wanted to infuse an emotional drama with specific humor, to tell a story that will remind viewers about their mortality, in order to better appreciate their loved ones, and also to remind them to take better care of themselves.

As our heroine fights for her life, she contends with the ordinary daily life of her picturesque southern Moravia village, her husband‘s dismissive humor and the spiritual mentality of her younger friend. These tensions create powerful dynamics as three different worldviews clash against each other.

I chose to play the journey of self-discovery with a very particular local twist; drama and comedy always balancing each other. This specific approach enriches the emotional experience – and this was my vision, to communicate subtly, yet directly “from heart to heart”, even if the film risked bordering on the naive. After all, it is a story of a good-hearted, simple character getting to know herself late in life, so a certain bittersweet kindness and my fondness for these characters were absolutely crucial for finding a true feel for this film. The biggest challenge was to make the film come alive, with a big, pulsating heart. You can tell us if we succeeded with this labor of love called “Home Care”. 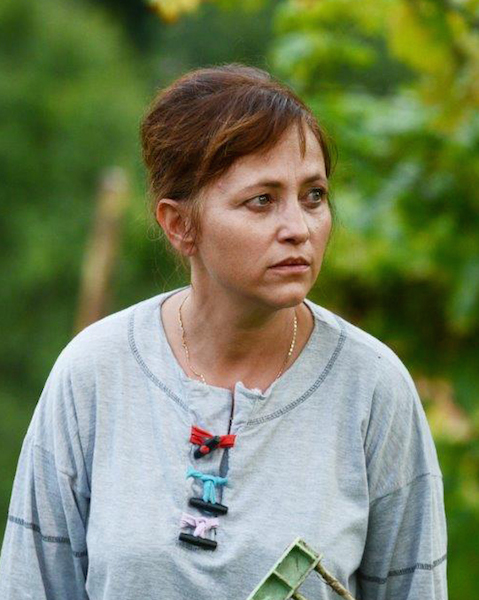 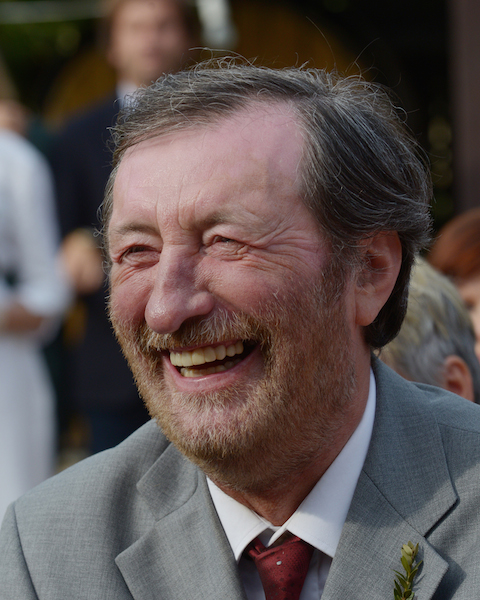 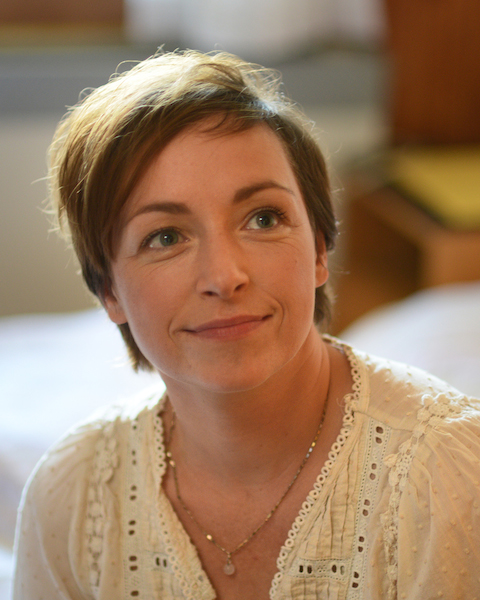 Alena Mihulová landed her first leading role in 1983 at the age of 17 and immediatelly became both critics‘ and viewers‘ darling. Quite symbolically she played a nurse in her first film too! In 1994 she starred in „Krava“ („The Cow“, directed by her husband, top Czech director Karel Kachyna) – the film won „Best Feature“ at Chicago International Film Festival. With a major role coming only once a decade, her star turn in „Home care“ is considered glorious comeback in a career spanning more than 30 years.

How would you introduce your role?

Vlasta is a mother, wife, home care nurse, but she is not giving her 100% to it, she gives 150%. I can‘t even imagine how far would this woman go if what happened to her did not happen.

Can you remember your feelings after you read the script?

„Oh my God, it was written for me!“ And then I started to think how to make the director to see it as well. We were meeting for about a year, but I was too young for the role. So I just tried to look worse and more devastated for all the future meetings. And at the last camera test, after I exchanged few words with Bolek Polivka (set to play the husband), I knew we belong together.

What do you wish for the finished film now?

Now I just hope that all viewers will pause and think about their lives for a moment - that‘s what I really wish for. For people to stop, think about life, so they would leave the movie theater with something meaningful. So they want to live their lives the way they want and do something about it.

Boleslav Polívka is a true legend of Czech cinema with over 40 movies under his belt. Known for his versatile talent and witty humor, he is a founder and artistic director of the Theatre of Bolek Polivka (Brno, Czech Republic). Polívka's work as a mime performer has been widely acclaimed in the Czech Republic and beyond. Audiences worldwide also remember him for a lead in Oscar nominated film “Divided We Fall” (directed by Jan Hrebejk, 2000) and Bohdan Slama's “Something Like Happiness” awarded Golden Seashell in San Sebastian IFF 2005. He is the winner – among many Czech film awards - of “Best Actor” award at Karlovy Vary IFF 1997 for his turn in “Forgotten Light”.

Who is your Lada, where did you get inspired?

I had the inspiration always in front of my eyes. It‘s the father of the director Slavek. We filmed in his parent’s house, in their vineyard, their garden, or in the father’s workshop. I realized once again how difficult it is to transfer amazing, beautiful and vivid life onto a screen. And I admire anybody who tries just that.

Were you taken by script right from the start?

I loved it. I laughed often and I didn‘t even know then that my partner and wife would be Alena Mihulova, who makes everything she touches famous and fabulous. We haven‘t met at work but I have to say, as all great actresses, she was focused, real and beautifully vibrant. Vulnerable but triumphant.

Was any scene during filming more difficult than others?

Yes, making love next to a broken jug of plum brandy. You can‘t tell if my sighs are those of passion or those of pain and sorrow over the spilled brandy.

Did you enjoy working the debuting director Slavek Horak?

To be debuting has a lots of advantages. Freshness, relentlesness and with Slavek it‘s also his sense of humour, love and admirations for his coworkers. He wrote beautiful script and directed fantastic film. French say „chapeaux bas“, hats off.

Tatiana Vilhelmová is major star of her generation in Czech republic. She is often awarded for her sensitive performances in films that stir a lot of attention internationally too. She was the leading lady in Bohdan Slama's “Something Like Happiness” awarded Golden Seashell at San Sebastian International Film Festival 2005.

How was your first reaction after you read the script? Did it take you long to decide if you want to go for it?

I read the script literally in one breath asking myself „Who the hell wrote this? This is great script!!!“ I didn‘t hesitate one minute.

Your partners on the set were Alena Mihulova and partially also Bolek Polivka, how do you see your colaboration?

I already worked with Bolek several times. But with Alena it was our first big collaboration. When I was a kid, I wanted to act like she did - and then I was discovered by Karel Kachyna, her life partner, and I met her in person!!! The fact that I could work with her on „Home Care“ is my childhood dream come true.

Slavek Horak was born in 1975, in Zlin, Czech Republic. He is a graduate of Zlin Film School and also studied directing at Prague Film School FAMU. His rapid career growth as a director of various international commercial campaigns prevented him from finishing his FAMU studies, but also earned him several awards at International Advertising festivals. He shot two short films for international project Straight8 that were selected in top six and shown at Cannes Film Festival.  He also worked as an assistant director with Jan Sverak on his Academy Award winning film “Kolja” (1996). In 2012 he started his own production company TVORBA films. “Home care” is his feature debut.

You used to direct commercials. how did you de- cide to make a movie?

For any director of commercials, a feature film is the ultimate challenge, sort of a “Holly Grail“, so I has been waiting until I was ready and mature enough to create something significant. And after 20 years I realized that with this kind of approach it’s never going to happen. So I stopped waiting and started working.

Where did you get your inspiration? how long did it take you to write the script?

It was long and painful process. I thought long and hard about what kind of story would match my ambitions. At some point I started to go back to my home town to meditate and focus at my parents’ house. My mom, though, was constantly disturbing me, telling me stories from work, telling me about people I never met. (“But of course you know him... he is the one whose cat hanged herself.”) It took me awhile to realize this is much more interesting than anything I could ever come up with.

Did you meet your expectations? cast, locations, team...

It all ended up well, even the grass in my parents’ garden started to grow again! We filmed the wedding scene there. All of us – actors, crew, my parents and other people living in Zlin area, they were all unbelievably helpful and thanks to them I had the best working con- ditions. Even the gentleman at Zitkova village, who was very suspicious at first, ended up allowing us to burn down his tree.

What were the easiest and the hardest parts of the whole project?

The easiest part was working with actors, which came as a shock to me. But they all understood their parts right away, and the fact that it was my first time work- ing with real actors never came up. In commercials I mostly worked with models and orange juice packs. The hardest part was to get up every day when the alarm clock rang, often before lunch – but that’s the hardest thing in life in general.

Who should see the movie? who did you make it for?

I would send everybody to see it! Compulsory! Includ- ing newborns, infants and toddlers, because they are often overlooked as a target group, but even they will be confronted with their own mortality, so they better be ready. Not to mention the older ones. 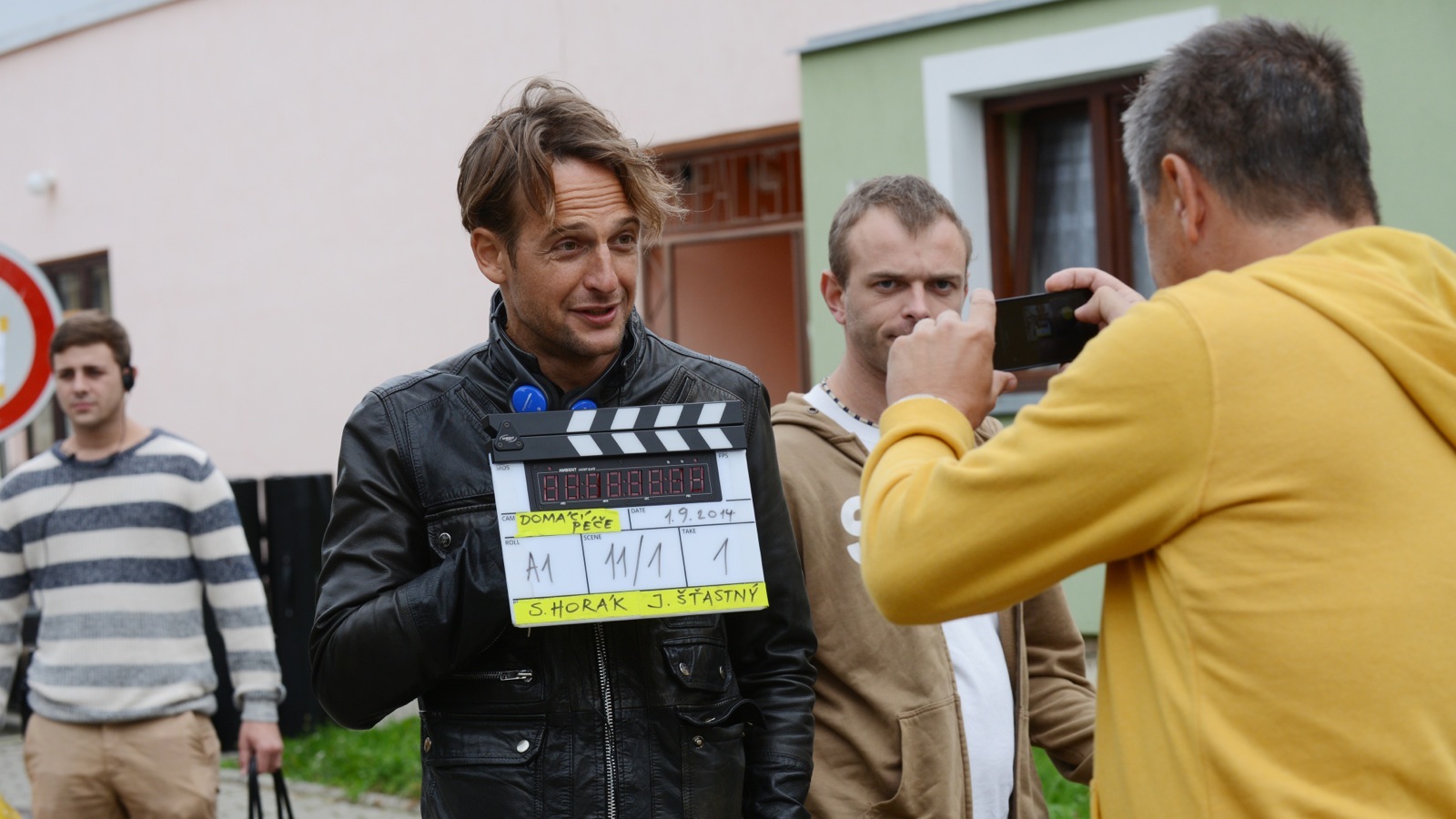 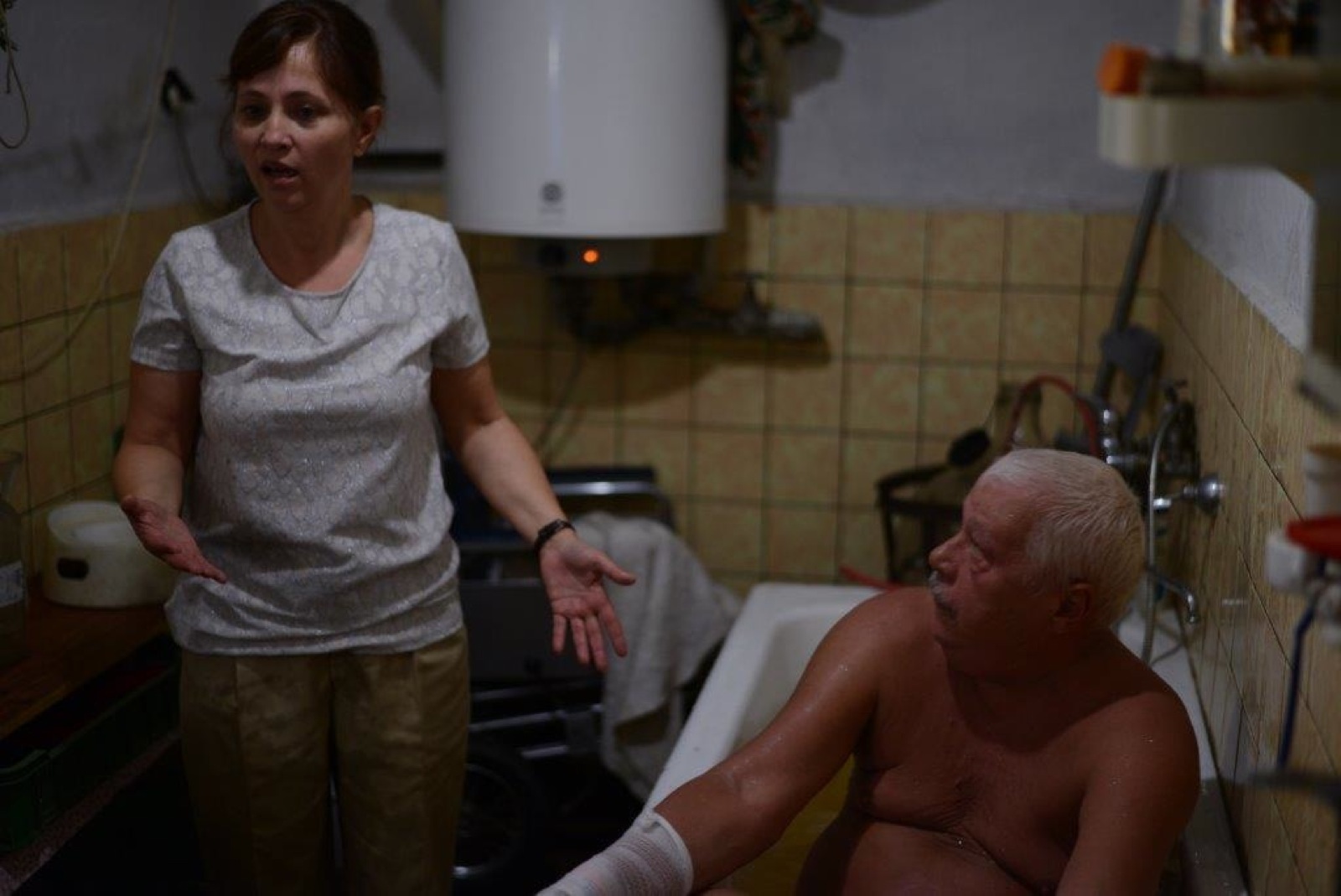 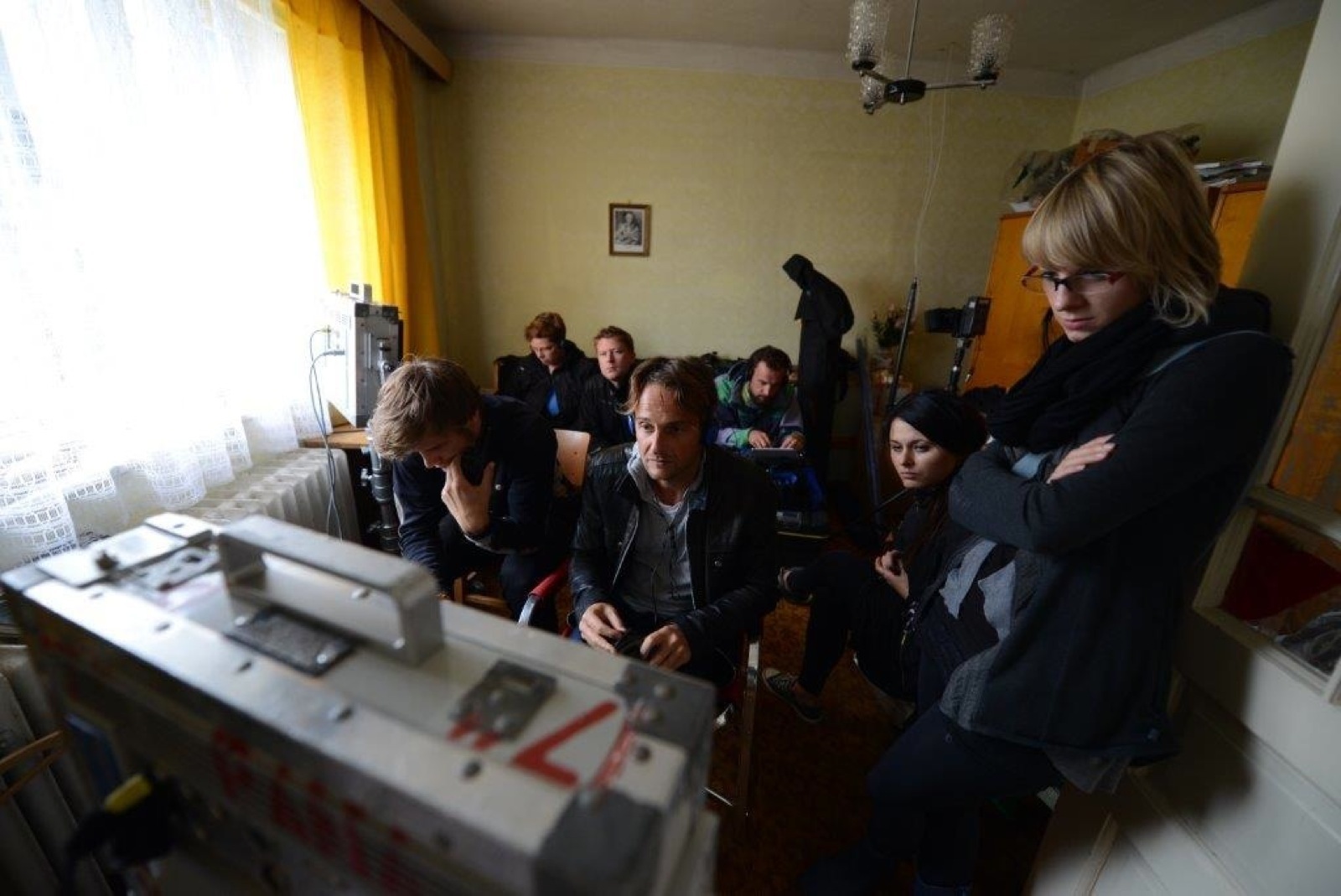 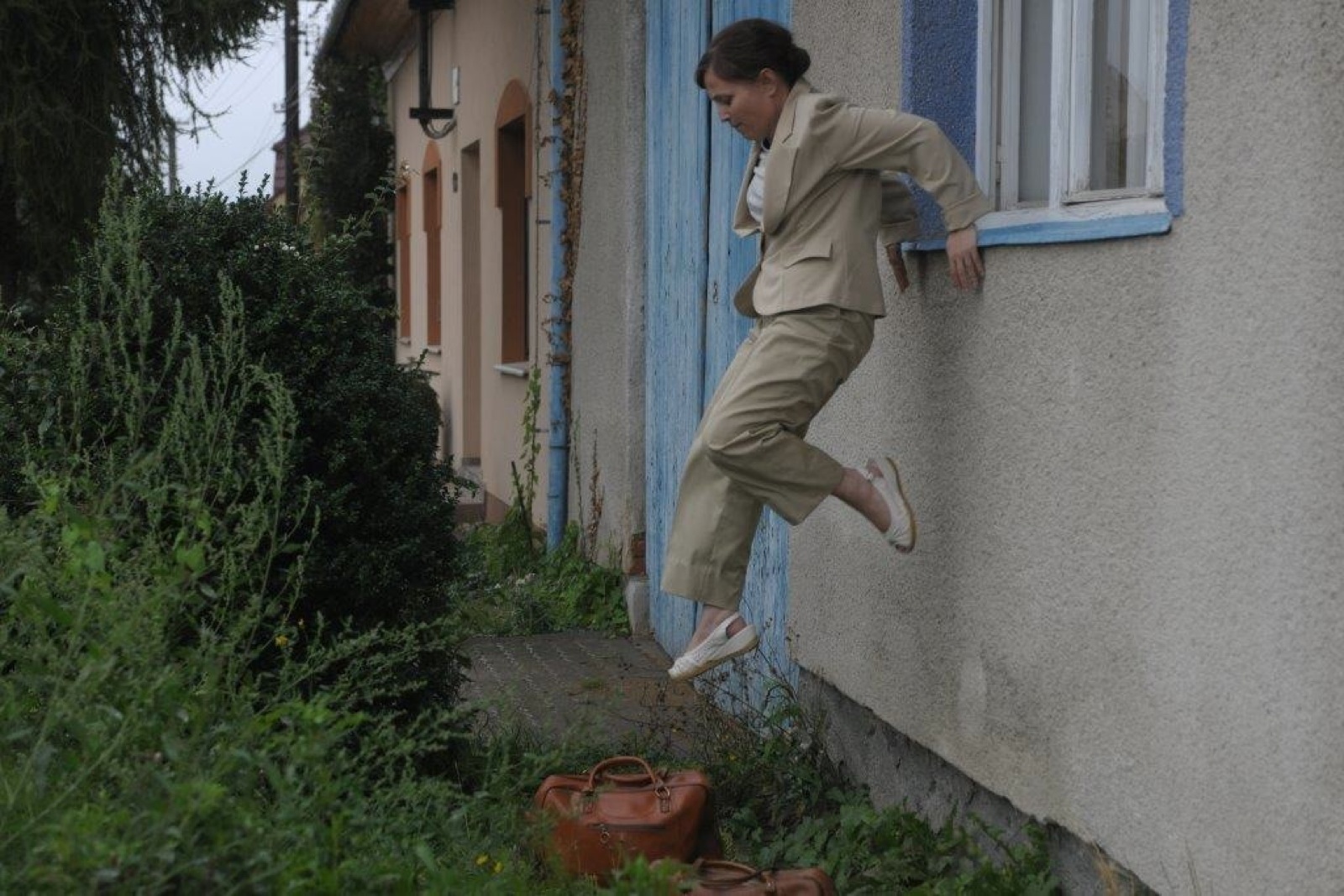 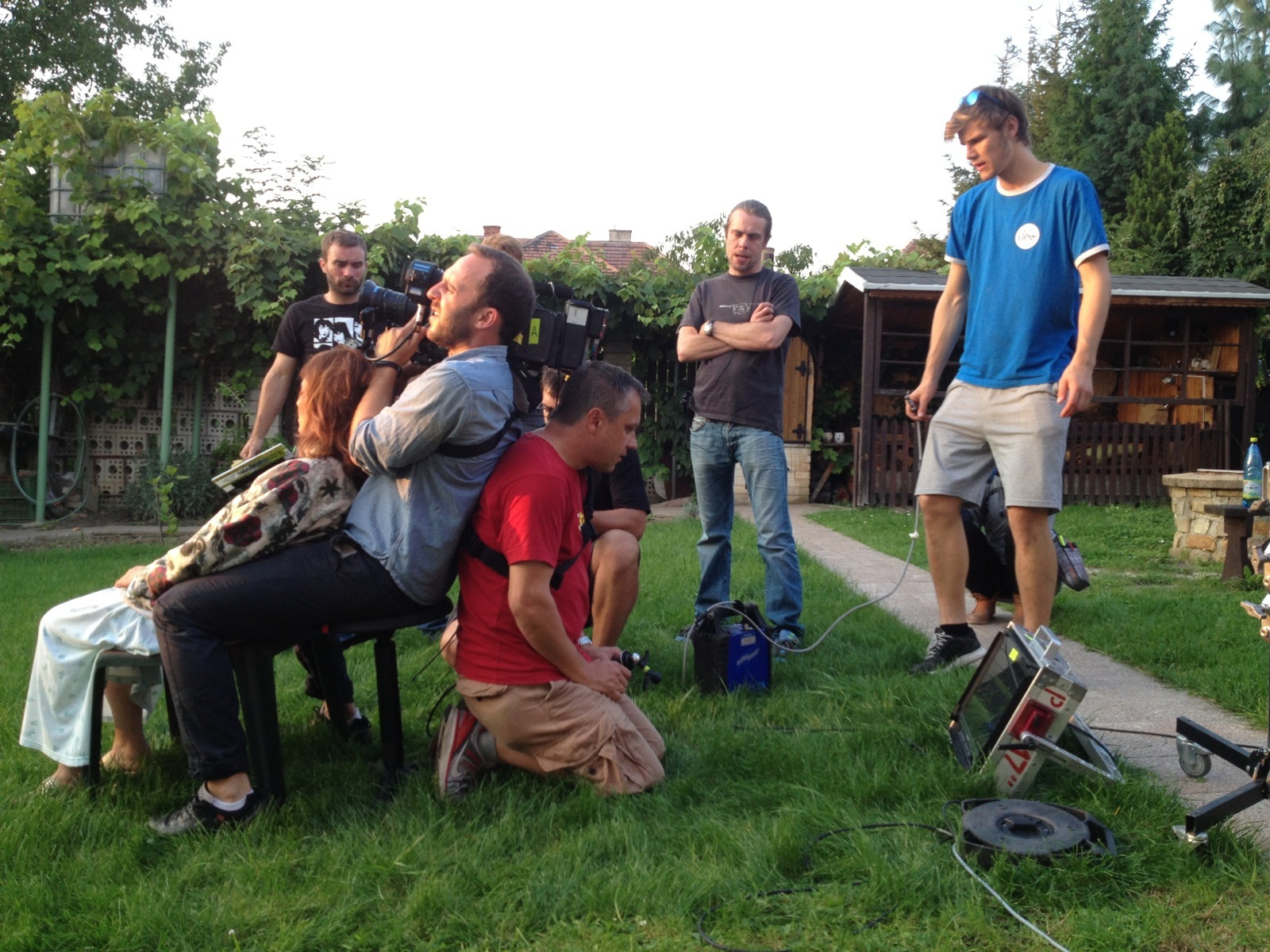 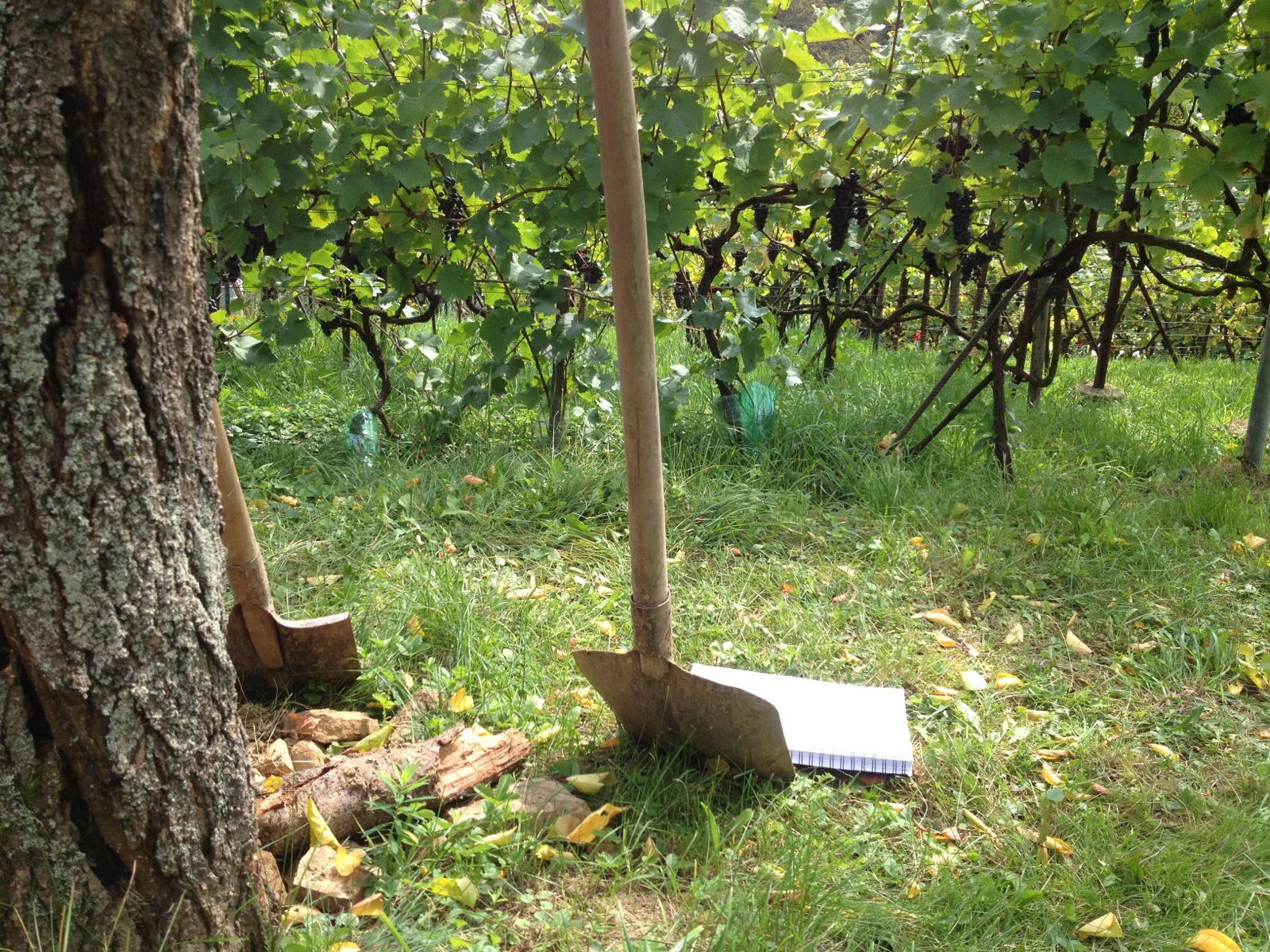 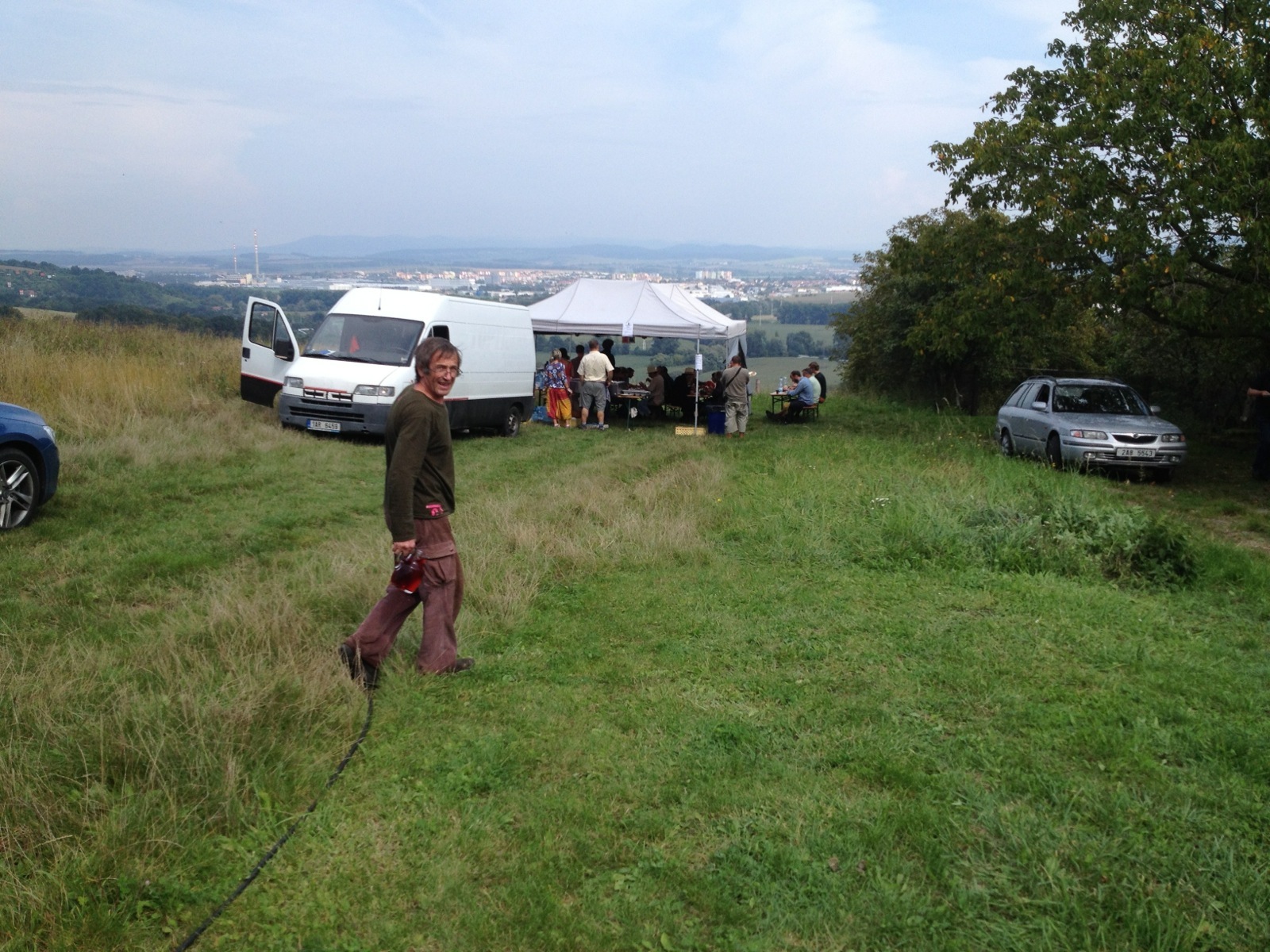 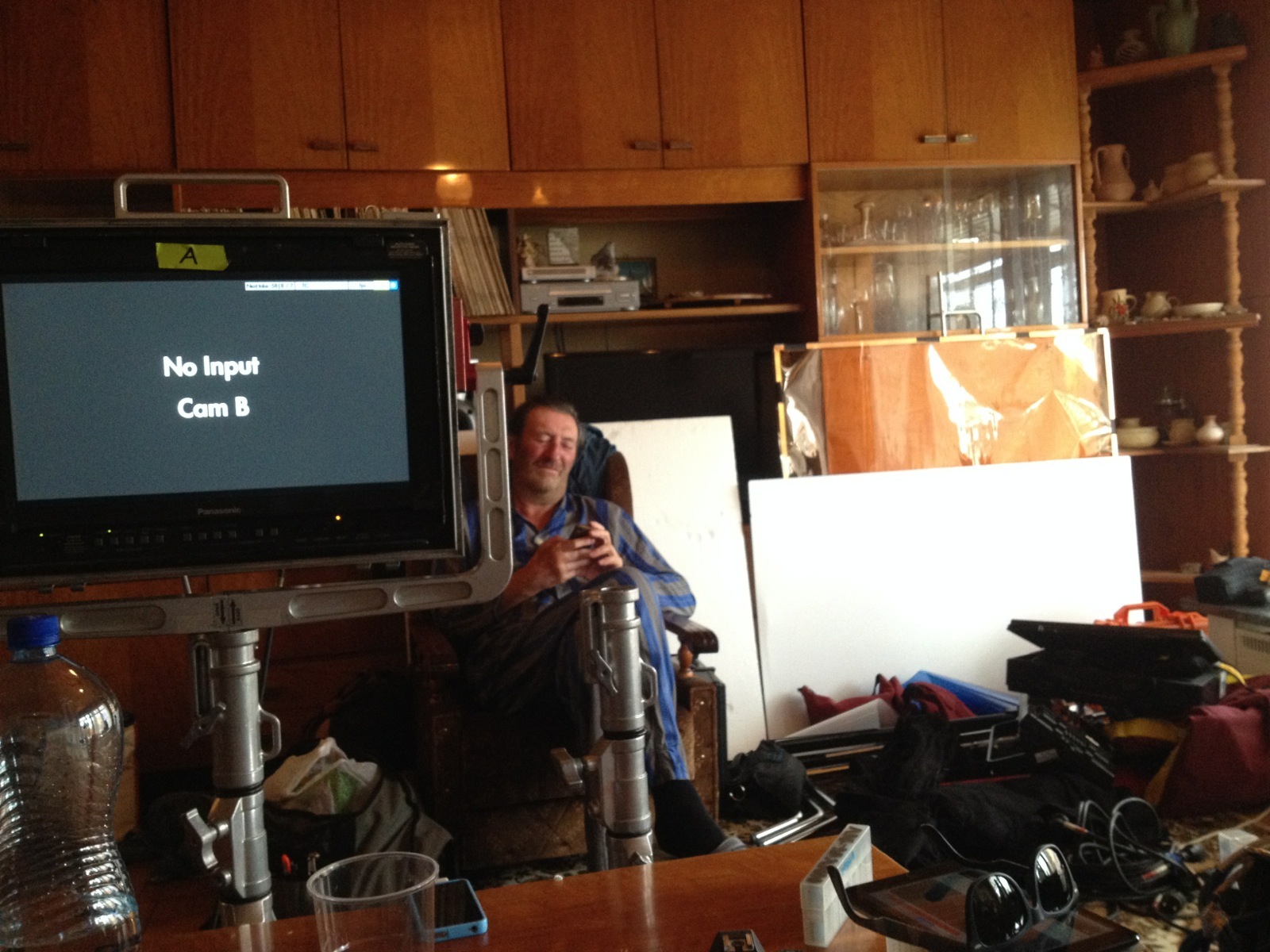 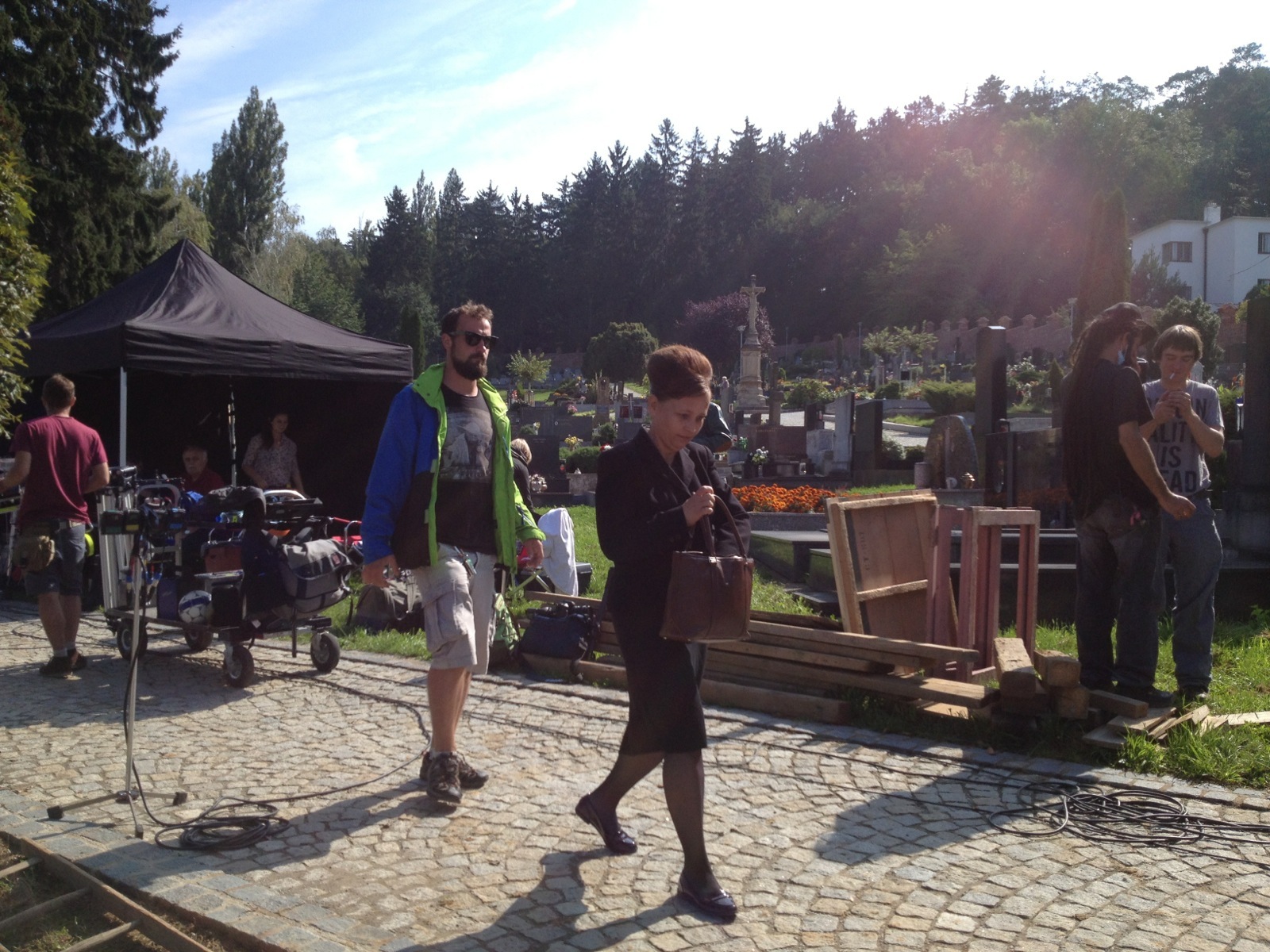 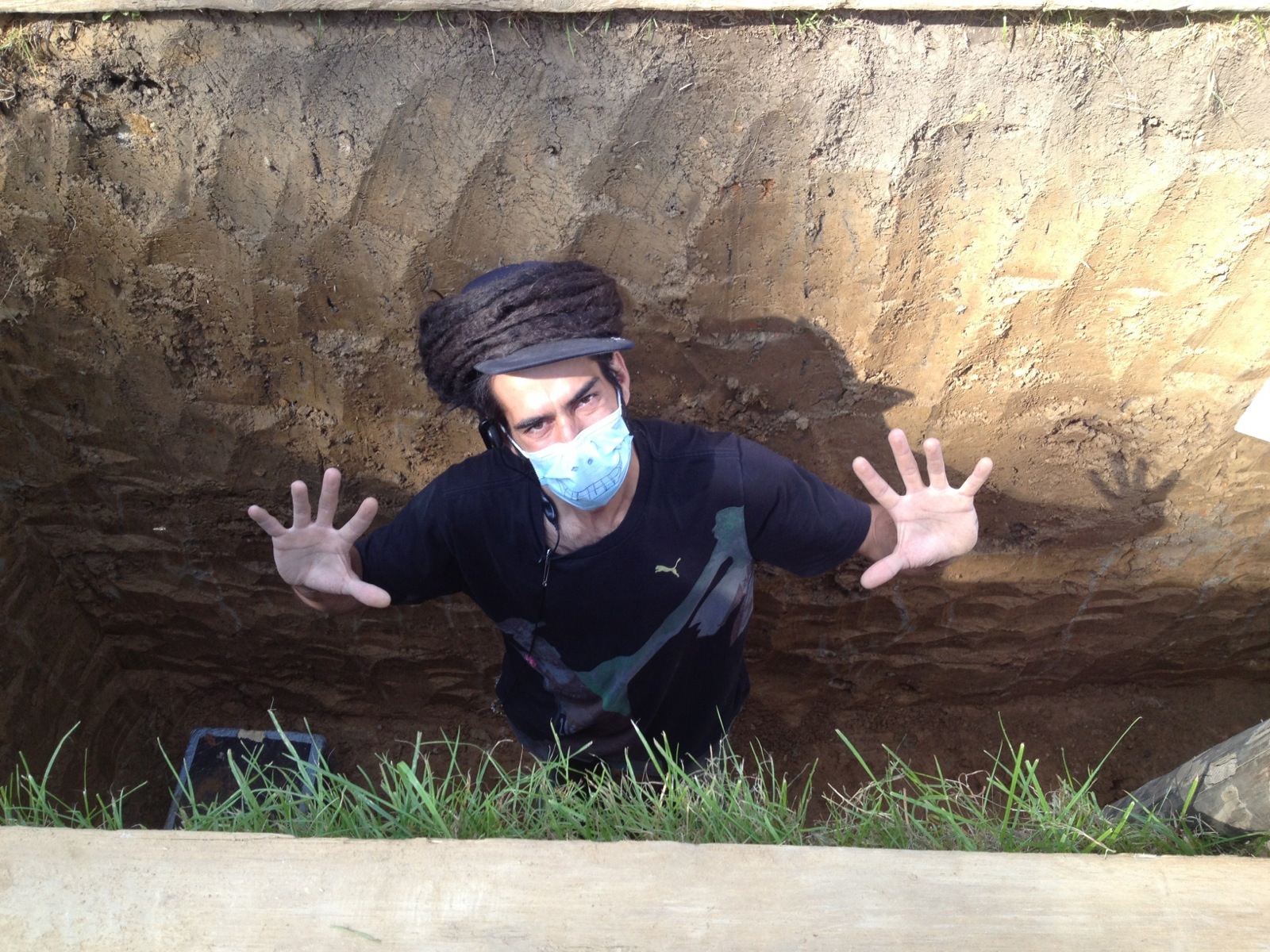 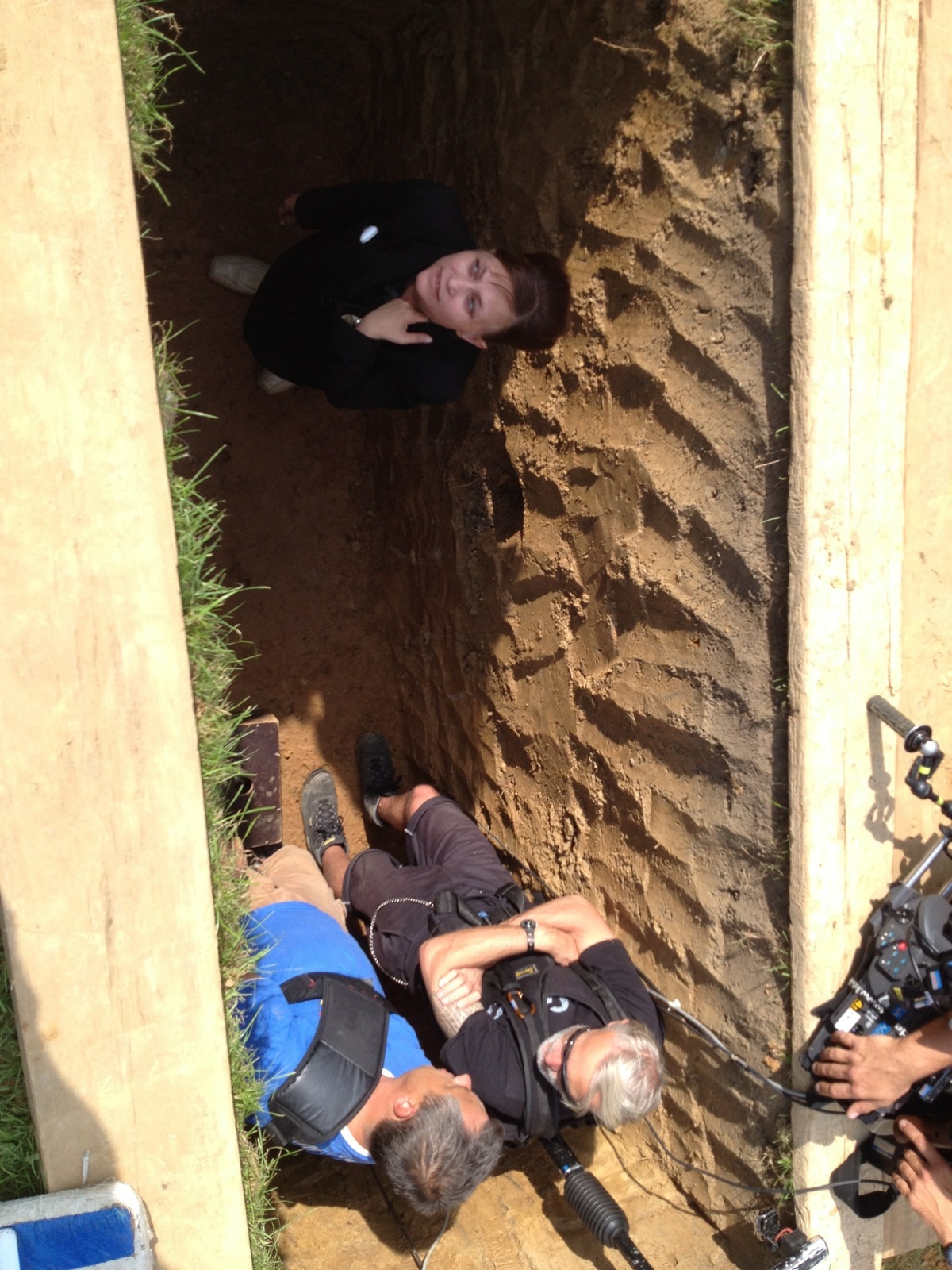 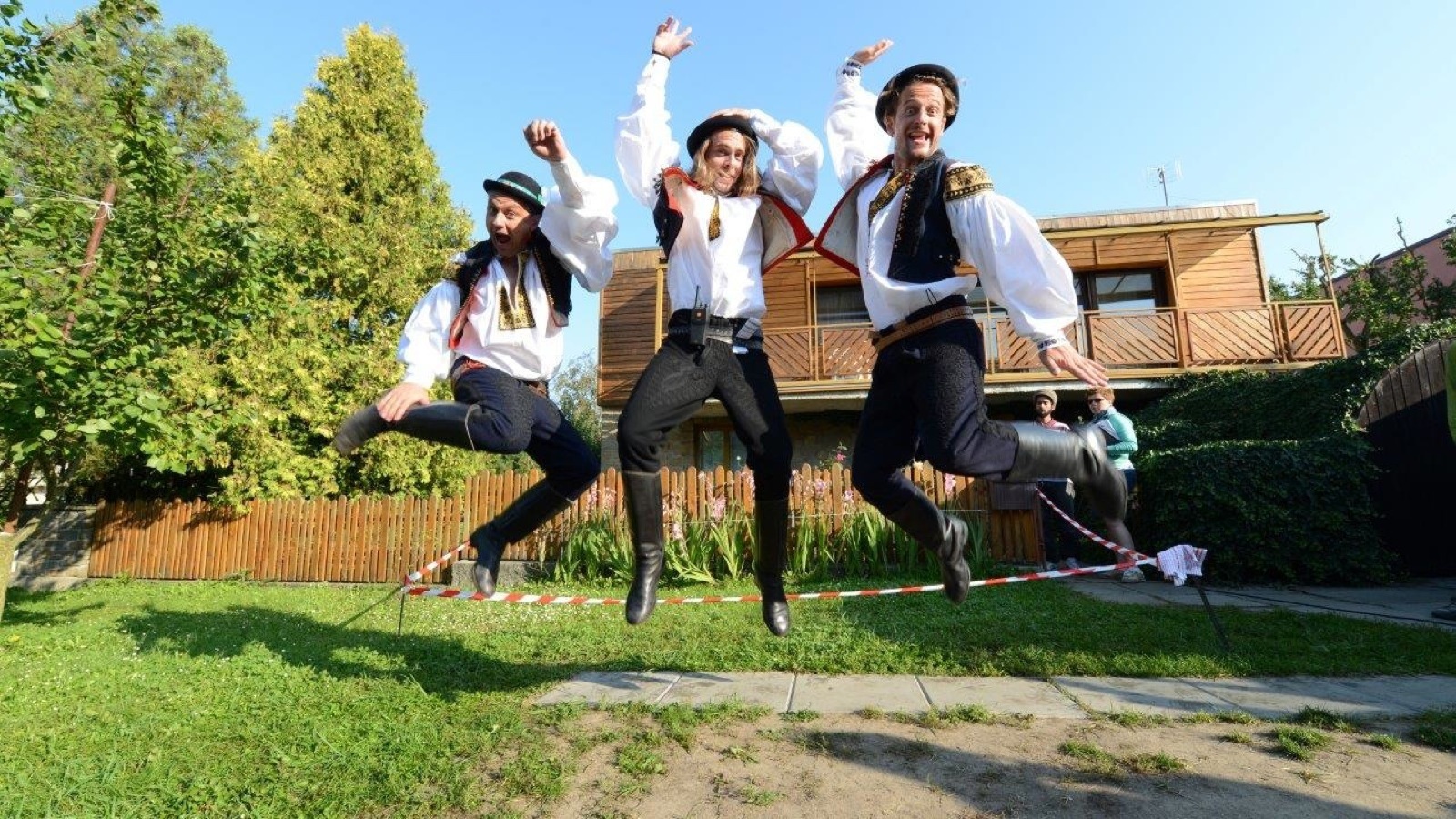 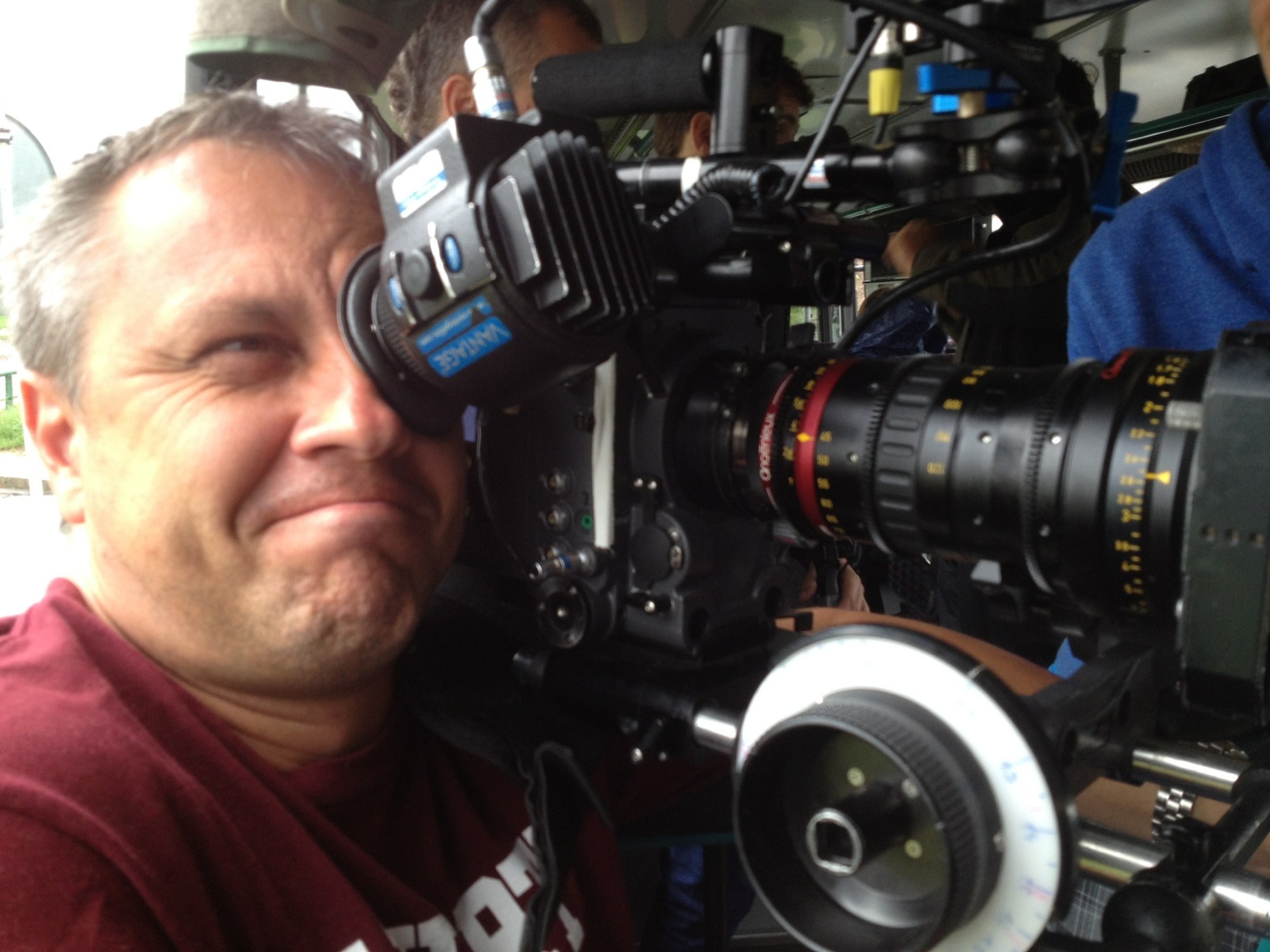 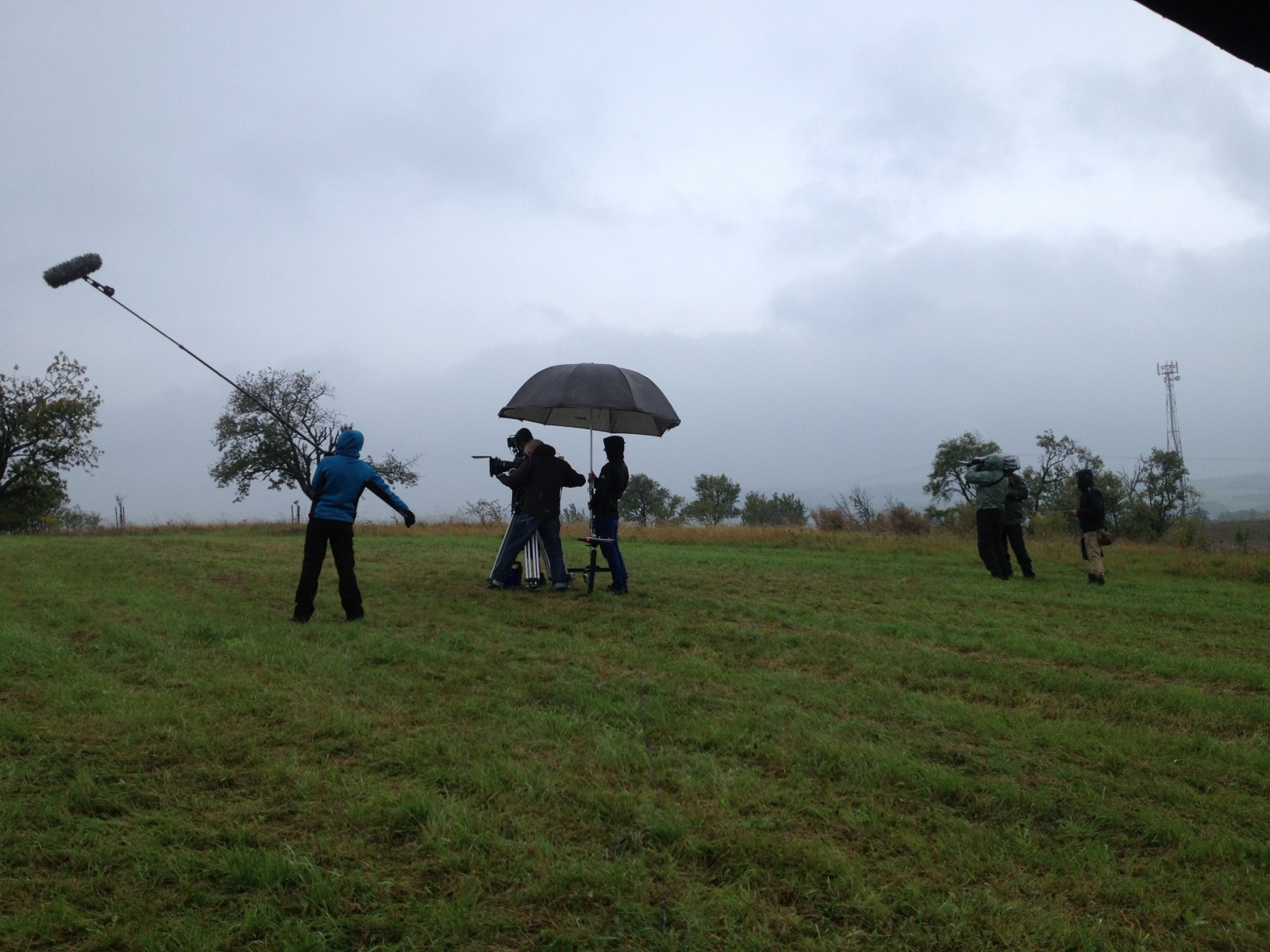 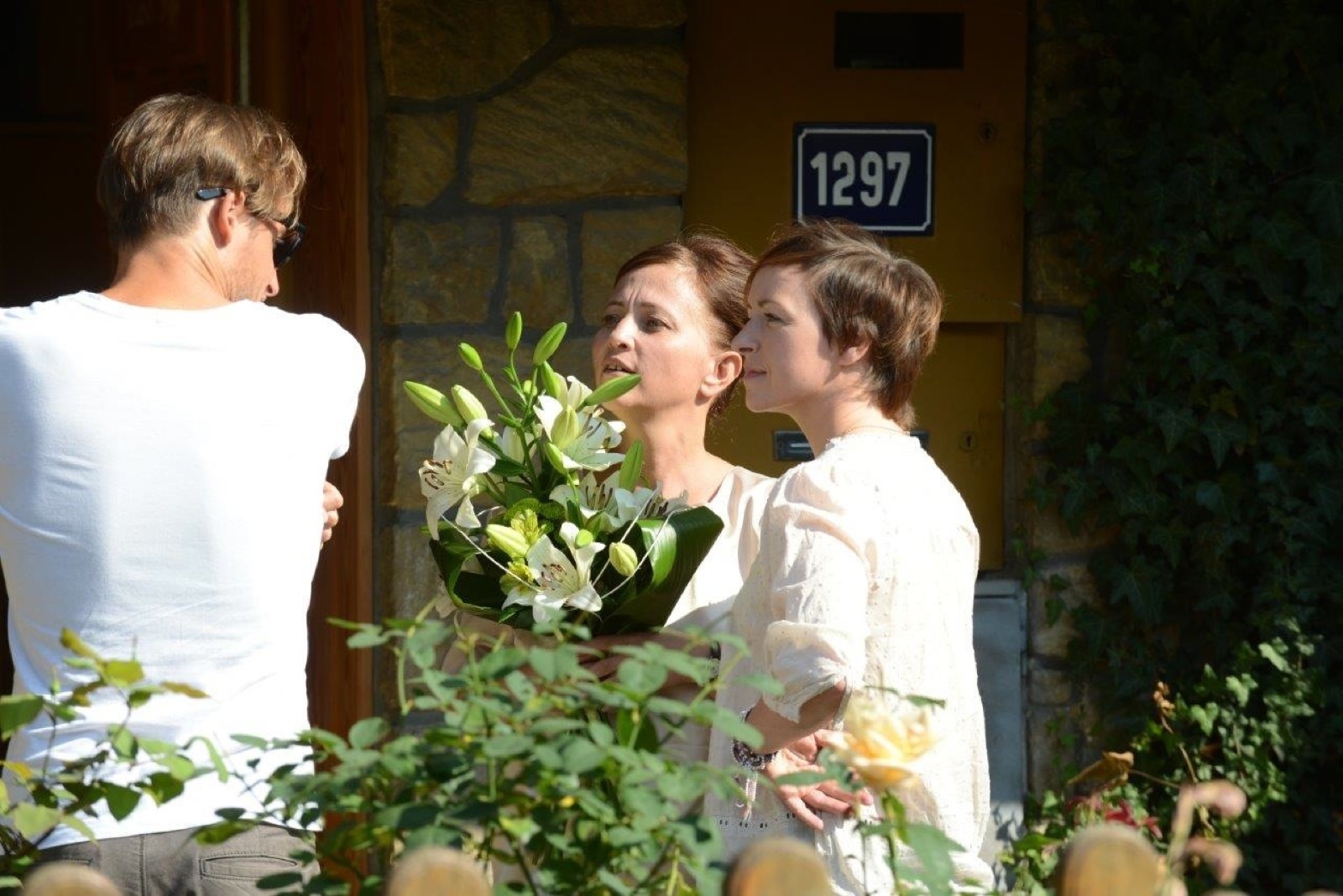 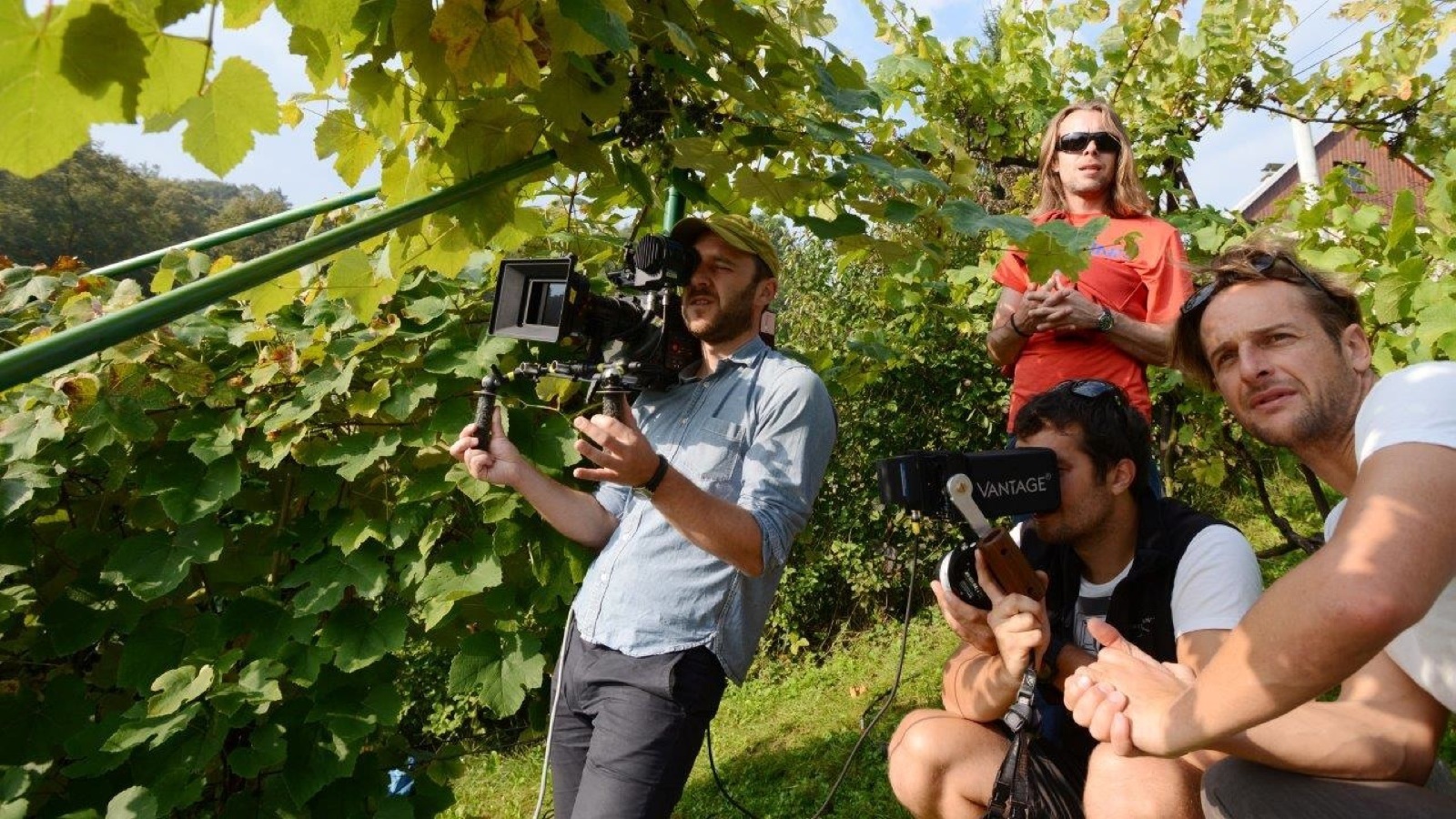 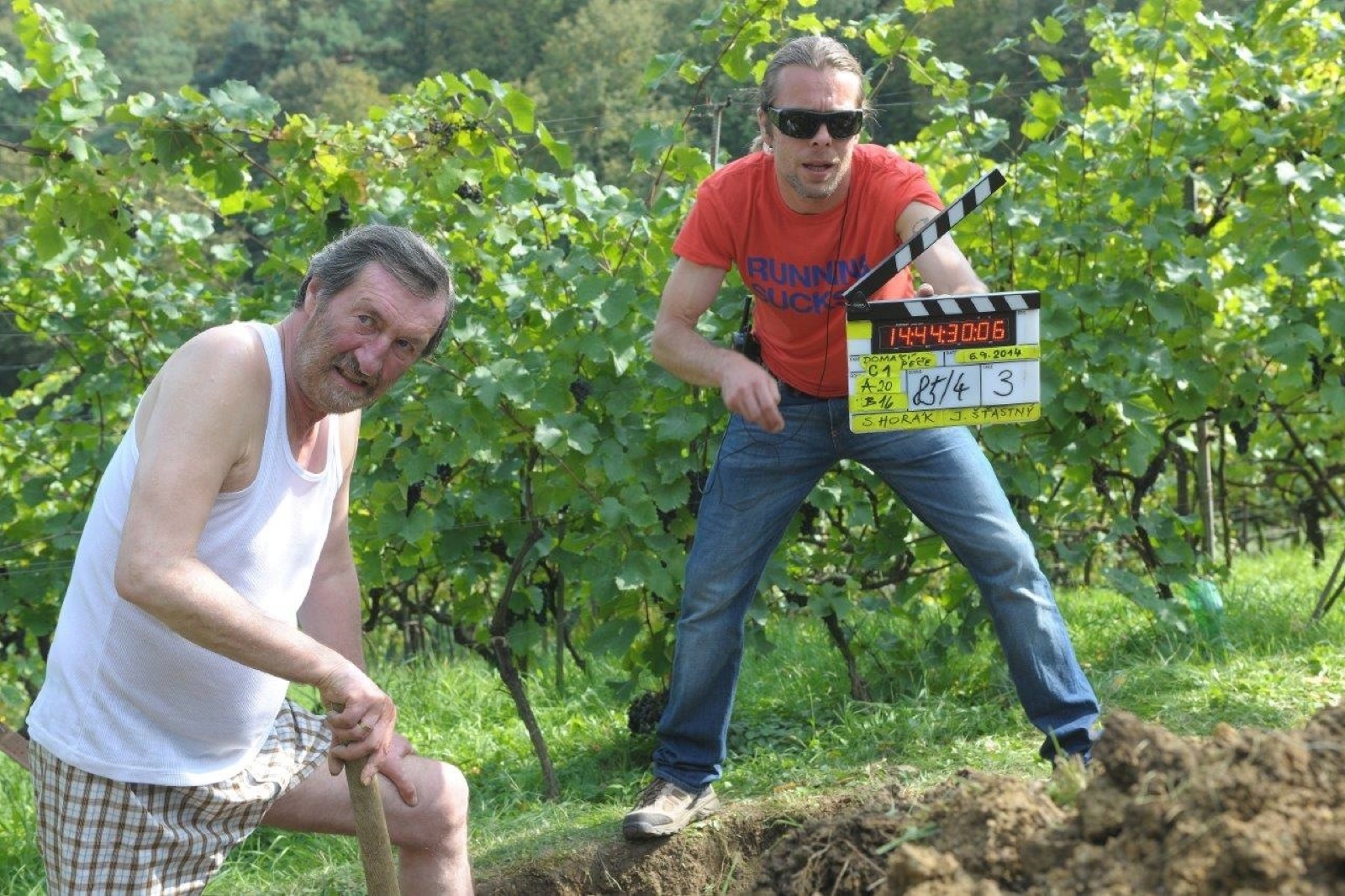 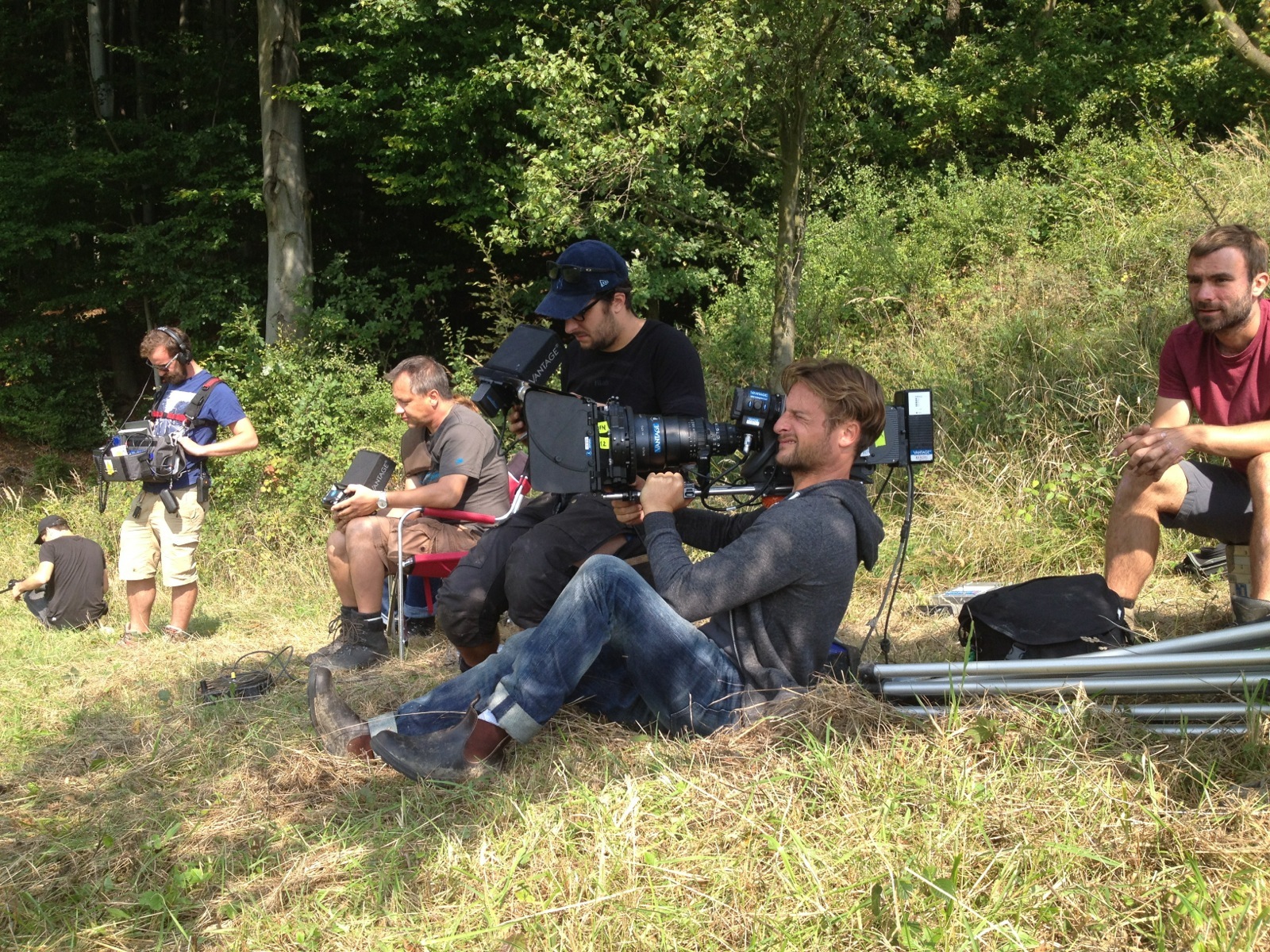 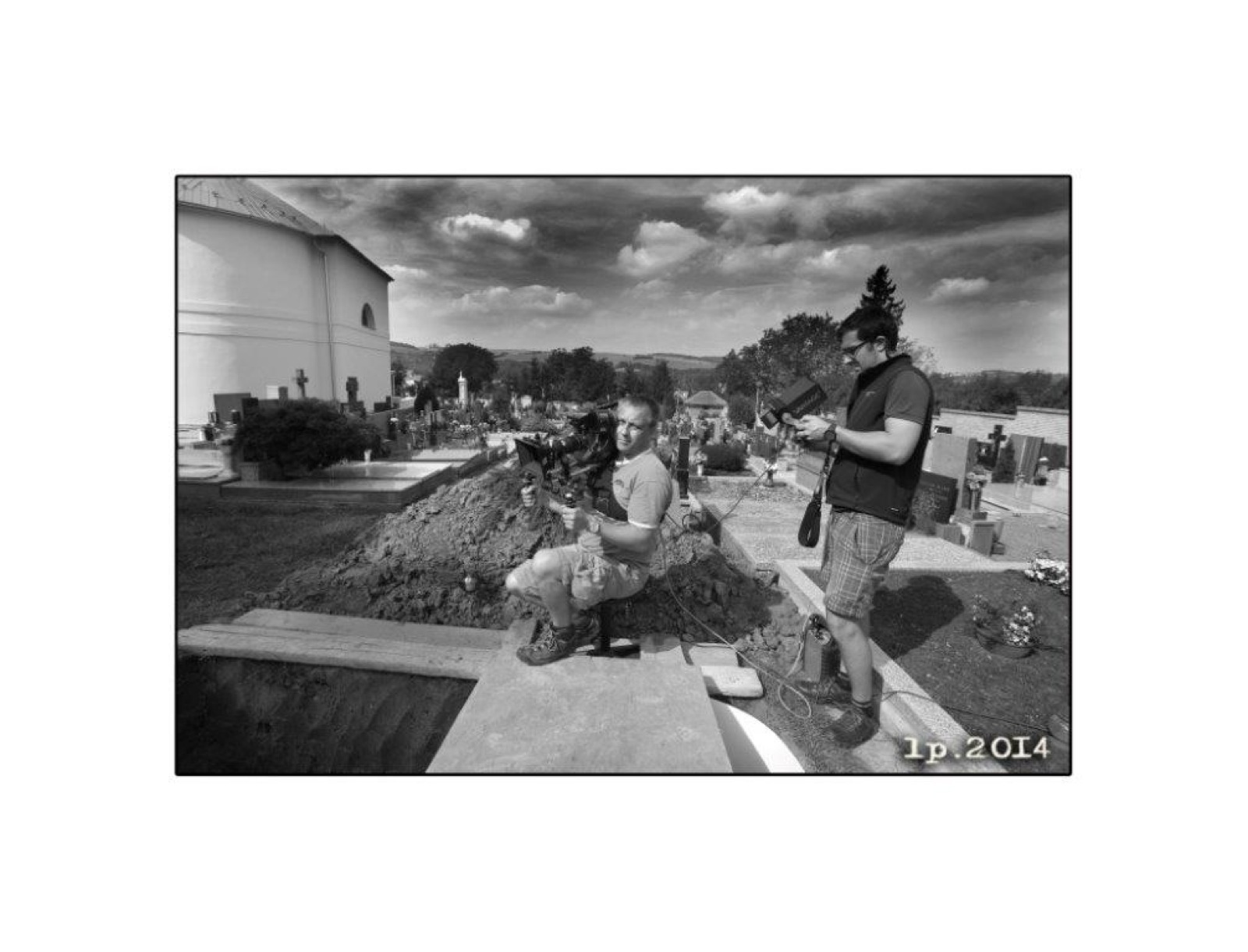 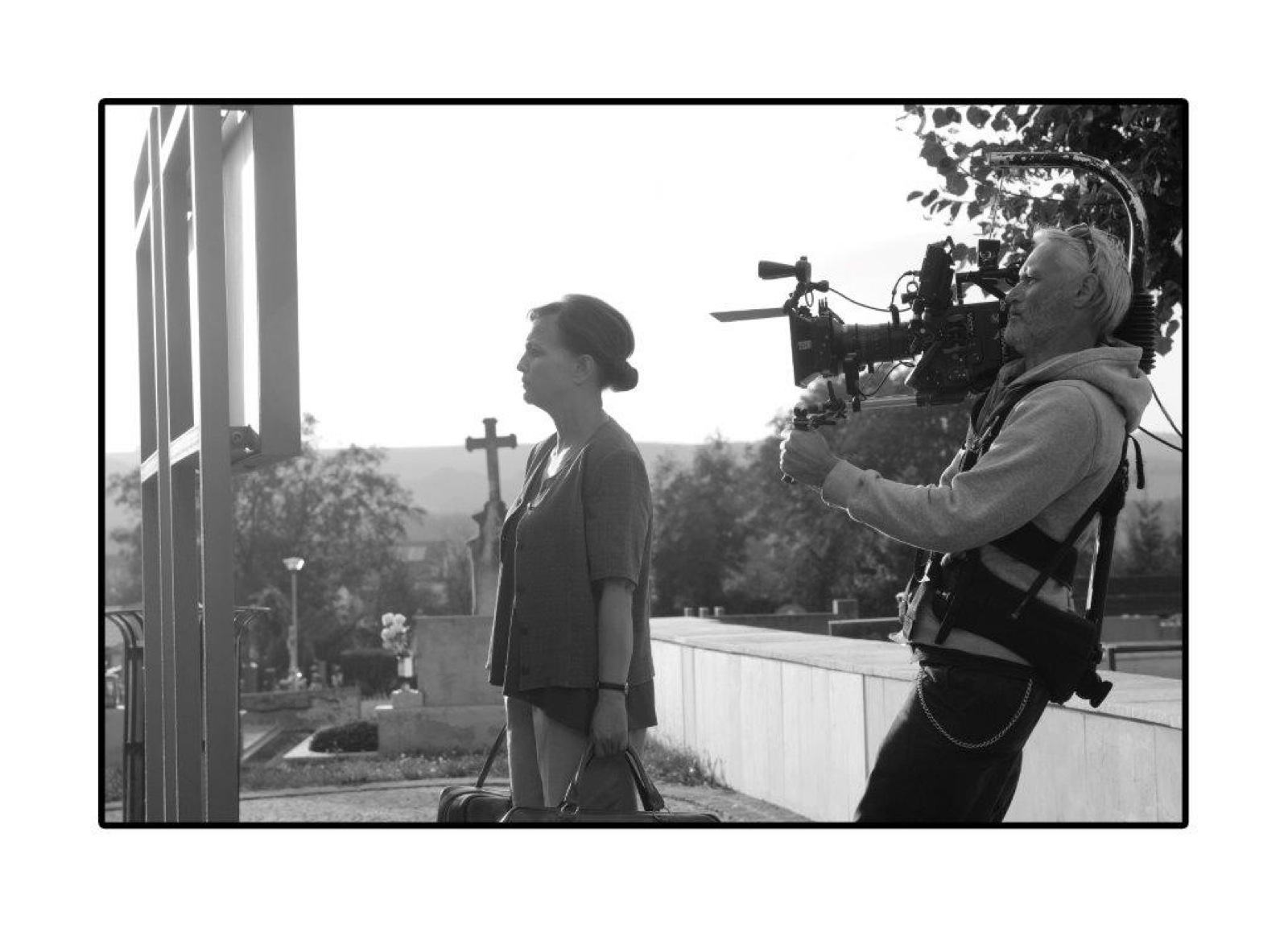 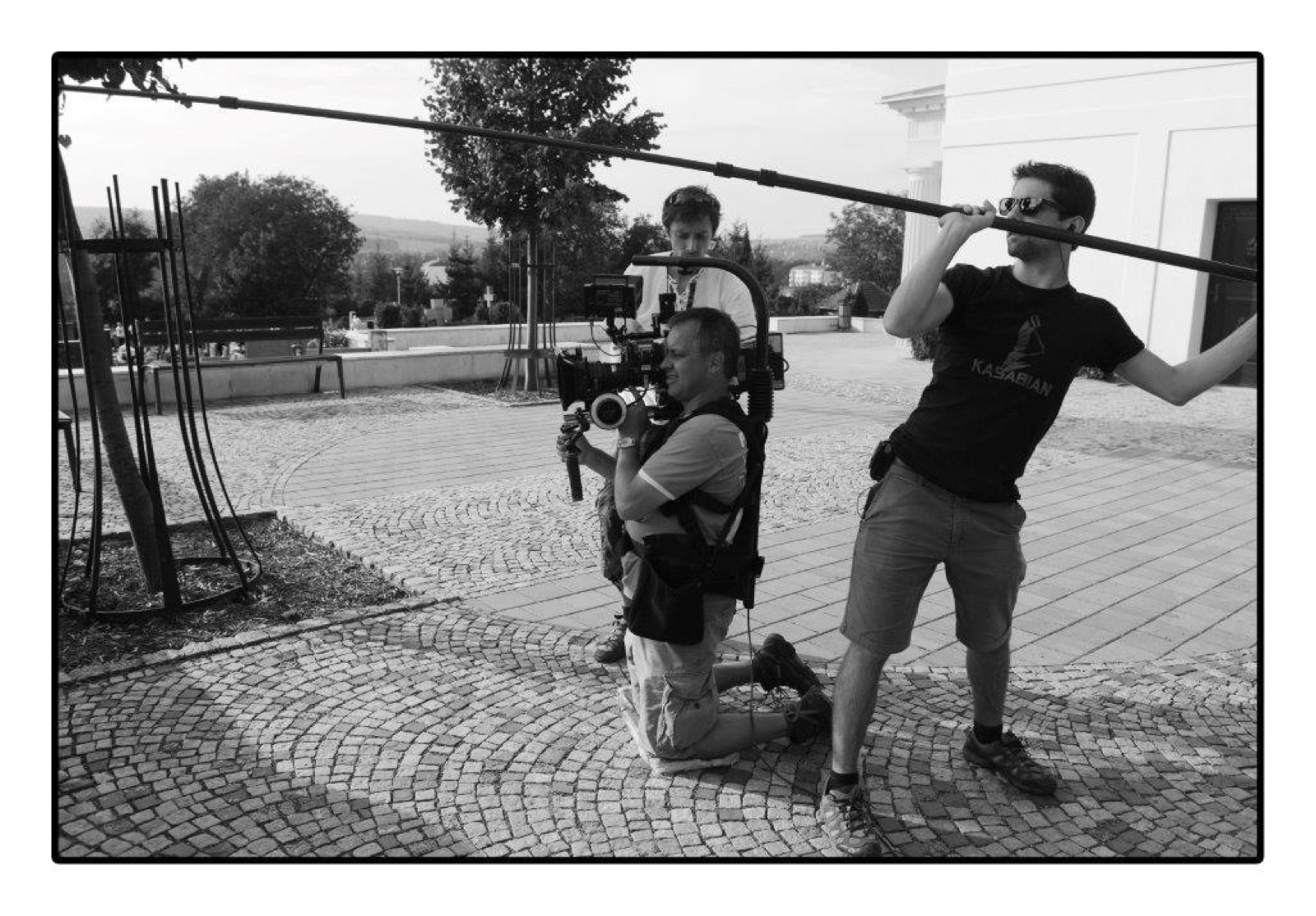 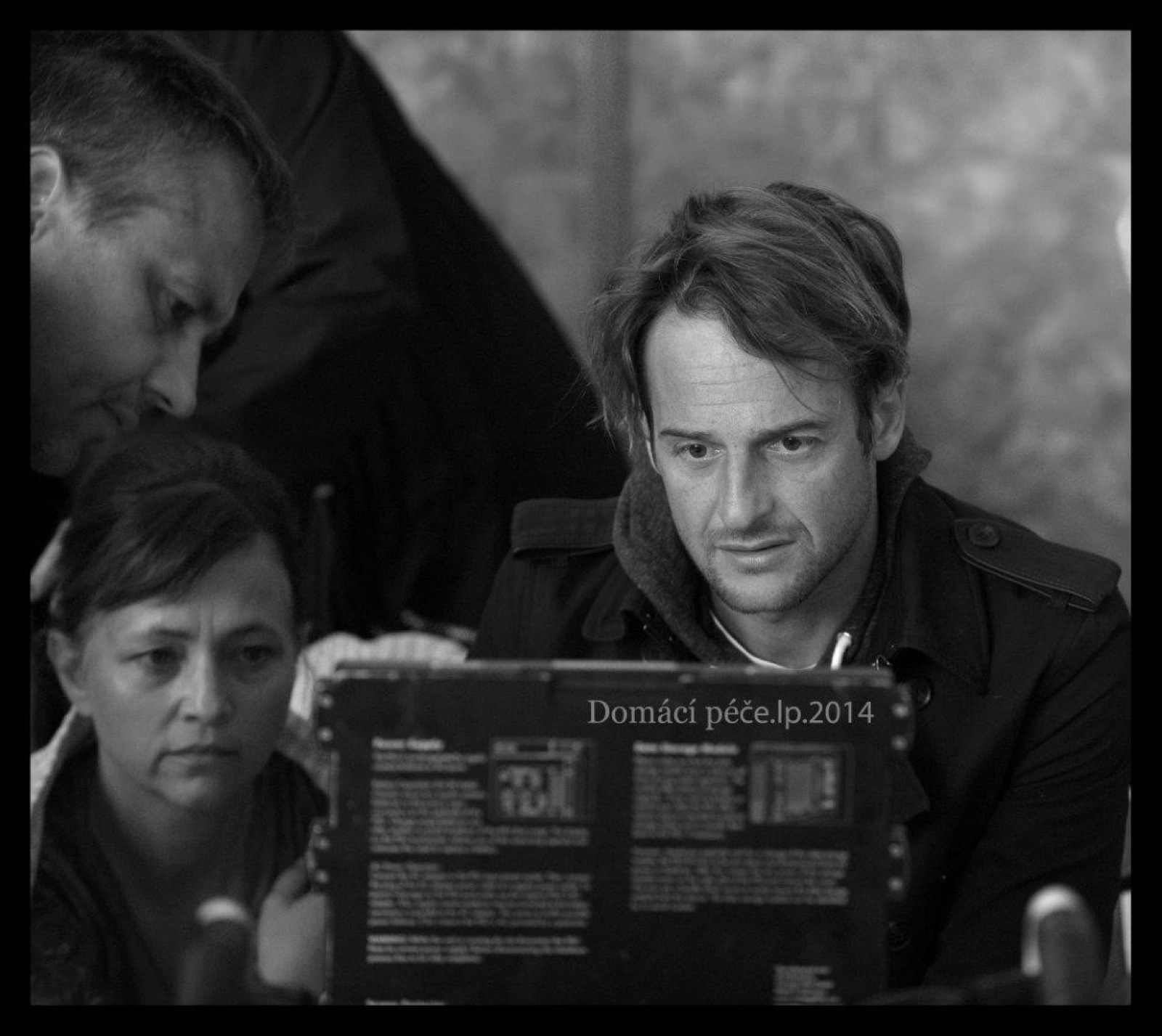 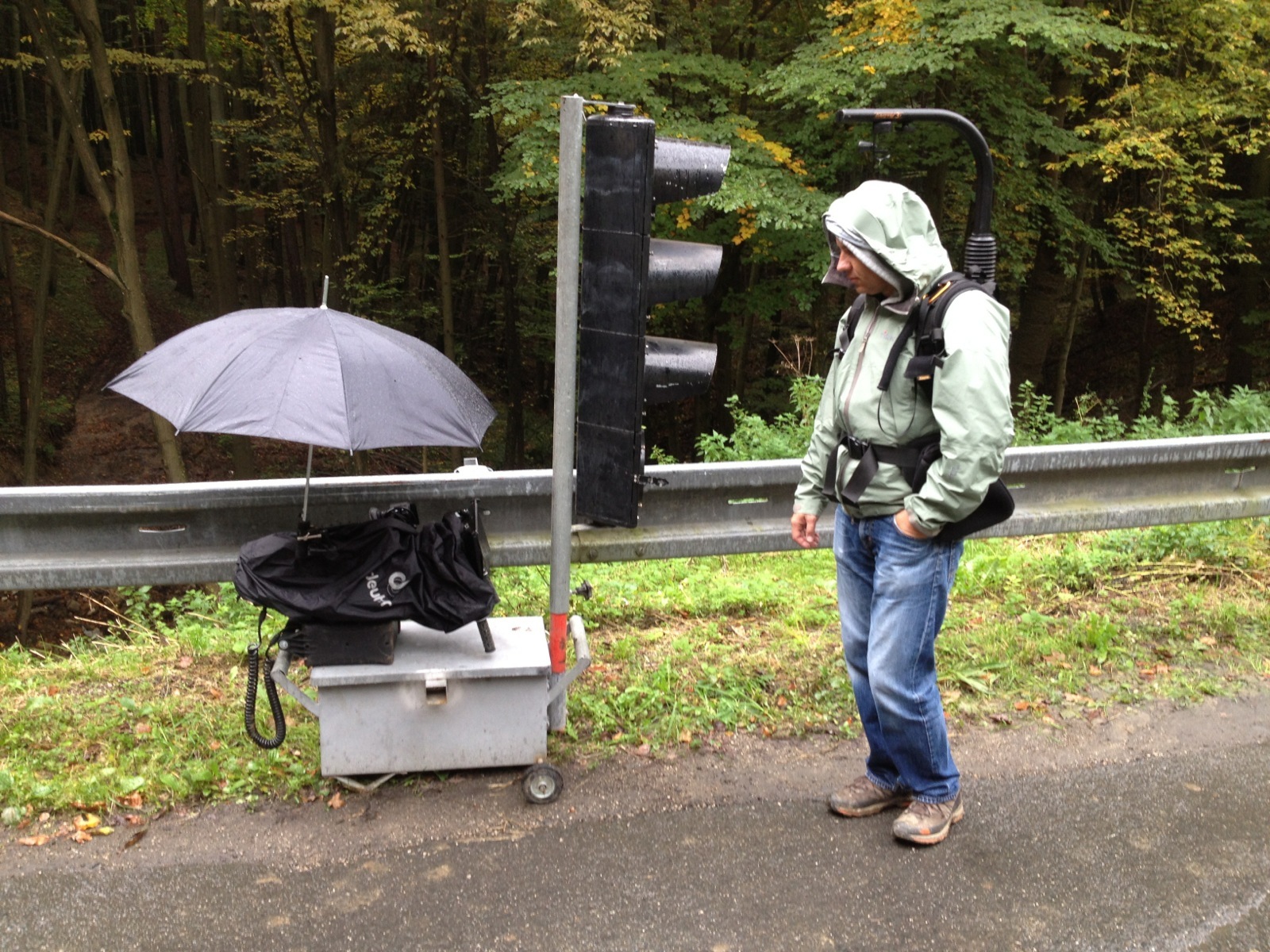 “Beautifully written and performed... an examination of what is important in life”
- Alissa Simon, Variety

RSVP to HomeCareFilmRSVP@gmail.com or 310.260.2800
Q&A with director at all screenings.